Hello once again family. It is a normal p-day this week so I am writing to you on Monday this time.

This week has been a interesting one filled with quite a bit of miracles. My companion and I have dubbed this week international week since we have constantly met people from different countries (i.e. Seattle, Canada, Vietnam, Cambodia, China, Nepal, Philippines, and Korea) while tracting by Tokuyama University we discovered a international dorm where there were many foreign students. This one Cambodian guy was really cool and we became friends. Also he showed us some of the food they eat. In a container he showed us a giant cow heart and chicken insides. It was nasty. He assured us that it tastes good when cooked but I didn’t believe him.

Other than international week here in Tokuyama on Saturday we traveled to Hikari which is a nearby city about 14 kilometers away. We also traveled by bike. It was so long! It took us like an hour and fifteen minutes by bike. It was pretty rough I gotta say. We had a goal to meet like seven people who lived out there. Some were less actives, some were investigators. We were able to meet with all of them except one.

Which was a miracle that they were all home like right when we visited them. We have also been lucky in finding, finding one or two new investigators recently, some didn’t pan out but were are praying that we will be able to meet with the others. On the way to Hikari was nice. While following the road to Hikari we saw the ocean and the beach up close. It was so pretty! We climbed down and took a break on the beach. It was so nice, I picked up some shells and stuff. It is so great to be by the ocean. 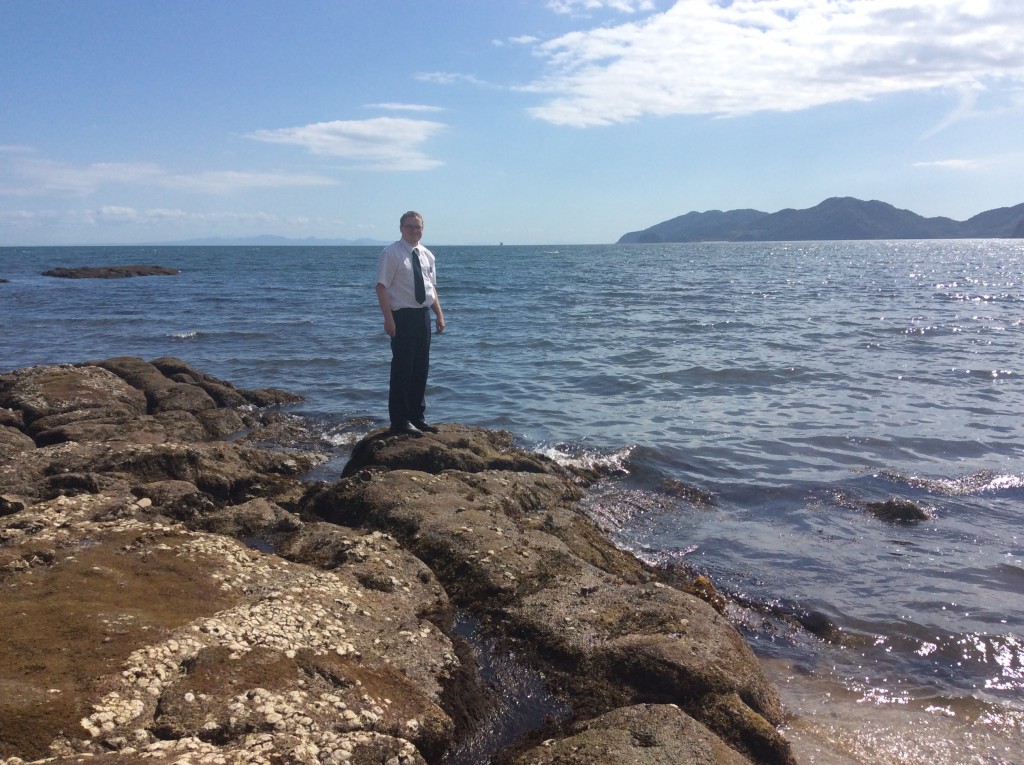 This next week is going to be very packed. We are literally busy everyday this week even tonight with two lessons! Crazy! But the best part is that it will be very relaxing too up until that point.
Gorogoroing all day long. That is my kind of p-day. (Gorogoro is like lounging around relaxing.) Anyway thanks for all of the letters! Hope you all have a great week!

Praying for all of you!