Well, I hope everyone is doing well today. This week has been pretty busy. So I found out from transfers that I will be staying another six weeks here with Elder Oliveira. This week was very short!

On last p-day, a friend called us, who isn’t a member and wanted to make a meal for us. This girl’s name is M_____. We had dinner with her and her family. They were so nice, they kept saying “eat more, eat more!” and they gave us so much to eat. M_____ has lived in Utah quite a bit and she is so fluent in English. She helps me in my English class. Which is very helpful.

On another day we had a sports night activity at a nearby park. Unfortunately no one really showed up. So my companion went around trying to find people to play with while I sat beside my bike. I was saying hello to the people that were walking by when one guy I said Hi too, stopped his bike and looked at me. He was like “where are you from?” I told him and that sparked a great conversation. We spoke about a lot of things. We spoke for a long time about the plan of salvation and the three kingdoms and how because of Jesus Christ we can all be forgiven. It was a great talk. We then talked about Japanese society and how he was concerned about them. I gave him some things and he left after a while of talking. My Japanese was still not that great but when I was speaking about the Plan of Salvation it felt like I was remembering all sorts of vocab and grammar structures. I caught myself a couple times thinking, “Whoa I am actually speaking Japanese”.

It’s been a great week filled with ups and downs like any normal week. But I will never forget that experience we had at sports night. Even though he didn’t seem too interested I sure felt the Spirit during it. I know that this work is a special work and bringing people back to Him is a great task. Sometimes hard when you’re around a people that never want to change because they are so peaceful and don’t like change. But I will try my best for my Savior 😀 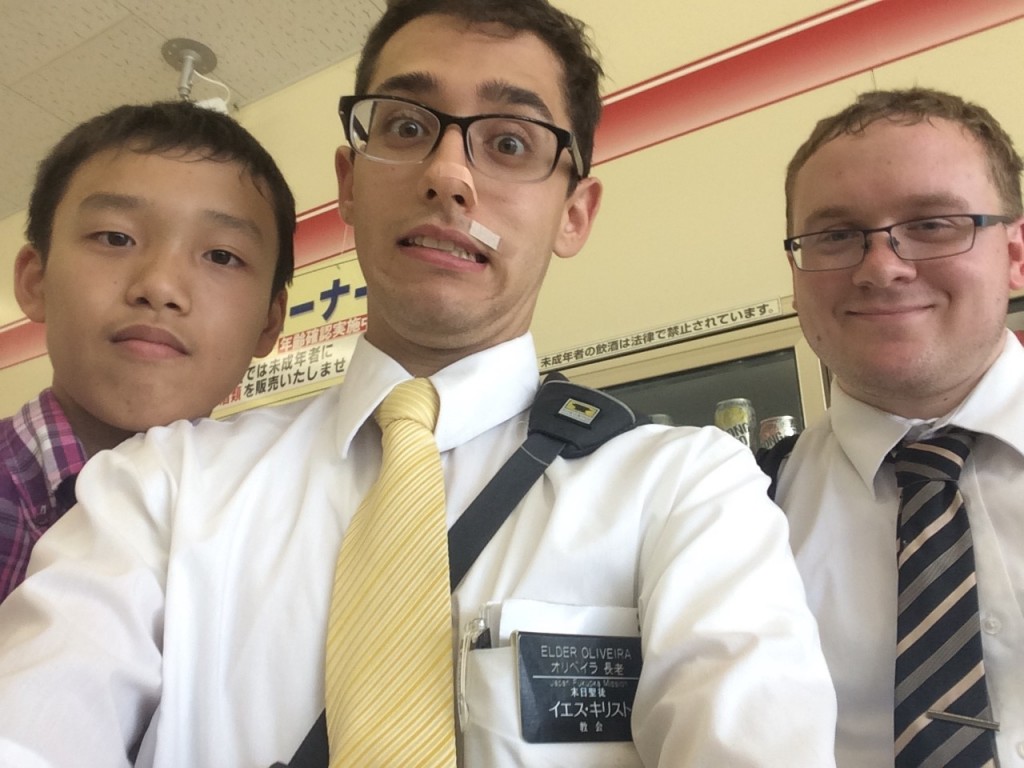